"Writing on the Bean"

Students wrote short pieces about the aquatic insects -- some will be published in the State Line Observer; all of the writings are posted here. All participating students received a pocket-size folding map of Bean Creek and its public parks. This EPA Environmental Education grant will also fund donations to Morenci Schools of kick nets, ground cloth, magnifying glasses, tweezers, and a set of macroinvertebrate flash cards. 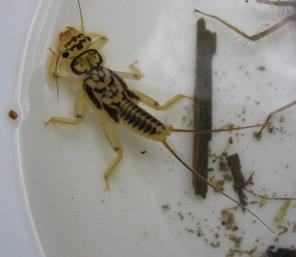 Eastern stonefly -- Acroneuria arenosa (Plecoptera:Perlidae)
Identified by Department of Environmental Quality aquatic biologist, Jeffrey Cooper, who says it is probably a female. He says, "This critter is not only an indicator of relatively good levels of D.O.[Dissolved Oxygen], but this is a stonefly that typically lives in a stream for two years before emerging as an adult. Insects that live for more than a year are considered to be an indicator of stream stability or stable conditions as two years is a long time for a bug, and it only takes one bad event to end things." 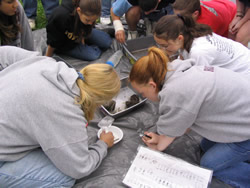 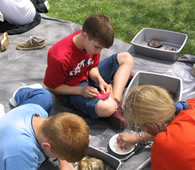 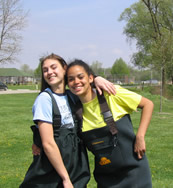